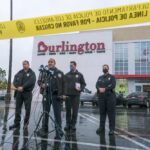 Ultimately this scene will be deemed collateral damage and everybody except the victim’s family will go back to eating donuts and playing on their phones.

We pay each officer good money for a day’s work, but when called, they tend to run in with overwhelming force – guns blazing, shouting commands, without asking questions, or expecting answers.. Each incident is seemingly mandated to be resolved within minutes of contacting whomever seems to be the scariest,  without taking the time to understand the situation. Time after time again, the chief of some municipalities police promises transparency, and ends up repeating the same explanation as last time.

No. I don’t really want to defund the police. I simply want them to live up to their motto of “serve and protect”, and  earn their days pay – one incident at a time