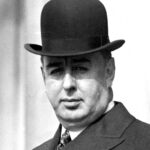 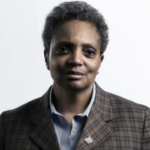 I read an impassioned treatise by a trump supporter. She listed every elected or appointed official in the city of Chicago – from Lori Lightfoot on down, and indicated their race as being black. It was a damning indictment of black leadership, until I took a look back at some of the former leadership of the city – over the years.
The present law and order Resident often presents a body count of black on black crime in Chicago, but doesn’t expect me to drop the name Al Capone or William Hale Thompson.
Thompson’s openly corrupt alliance with Capone and his white on citizens murders, left such a nasty taste in the city’s mouth that to date he (Thompson) was the last Republican mayor in the history of Chicago.
I read my daily briefings, mam – even if you and your champion don’t read yours.