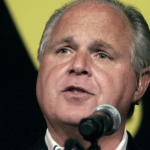 During his talk show on October 5, 1995, Limbaugh stated: “There’s nothing good about drug use. We know it. It destroys individuals. It destroys families. Drug use destroys societies. Drug use, some might say, is destroying this country. And we have laws against selling drugs, pushing drugs, using drugs, importing drugs. And the laws are good because we know what happens to people in societies and neighborhoods which become consumed by them. And so if people are violating the law by doing drugs, they ought to be accused and they ought to be convicted and they ought to be sent up.” Limbaugh argued that drug abuse was a choice, not a disease, and that it should be combatted with strict legal consequences.

In October 2003, news outlets reported that Limbaugh was under investigation for illegally obtaining prescription drugs. Limbaugh illegally purchased hundreds of prescription pills per month over a period of several years. He engaged in the practice of “doctor shopping” by visiting different doctors to obtain multiple prescriptions for drugs that would otherwise be illegal. When this was disclosed, Limbaugh checked into a treatment facility. He said, “Over the past several years I have tried to break my dependence on pain pills and, in fact, twice checked myself into medical facilities in an attempt to do so…. I have recently agreed with my physician about the next steps.”

Though doctor shopping was punishable by up to five years in prison under Florida law, charges against Limbaugh were dropped after he sought help and agreed to the prosecutors’ settlement. Limbaugh has said that he became addicted to painkillers as a result of serious back pain.

So let’s summarize. He was not only a Doctor shopping junk addict using opiod pain killers, but he was procuring the drugs for others. Yet instead of going to prison like an honorable man of his word, he copped a plea and his buddies never mentioned it again.