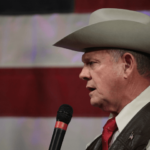 According to one of Moore’s lawyers, it is not uncommon for a couple to hook up without any knowledge of their respective ages. Clearly the lawyer is the stage for an “I didn’t know” defense. I have never practiced law in Alabama, so ignorance of the law may in fact be defensible in that sovereign state.