Chappelle has transcended the entertainment genre known as comedian. He may have caught

our attention, performing joke after joke, but he is now a storyteller. He commands our attention and forces us to follow a narrative. Once he has us thinking, he let’s us off the hook with a punchline. Now you don’t know if he was serious or just pulling 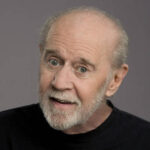 your leg. Note that I sarcastically said that YOU don’t know what to think. I get it. It was only funny because you don’t want to face the fact that he tossed in your face. I have never heard Mark Twain, but I’ve heard that was his M/O. I have 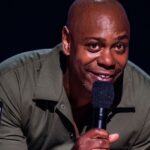 heard Dick Gregory and George Carlin. They ultimately transcended comedy, and became ambassadors of thought provoking social commentary. If you haven yet recognized that Dave Chappelle is taking you down the same journey – you will.