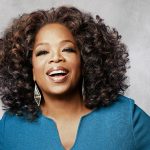 Why does Oprah insist on retelling the same story being drummed on the evening news  every night. Her documentaries about Michael Jackson and now the Black METOO suspects, gives Becky and the Privileged Americans even more cover to view black men as predatory, thuggish animals. Even successful black men, like Cosby, and Simmons become fodder for Oprah’s slanted story telling. She could include them in a story that hurts “all men” if she wants to be seen as a women’s warrior, but when she beats the already dead horse, she actually takes a “Fiddler’s” position of an honorary Becky, living in the big house.

Oprah knows that the Black man has been, and is being tarnished enough. Her stories only give cover to those that shoot us down under the cover of authority. There is no rational distinction between white collar, #metoo thugs and armed robbery, bitch slapping thugs in the mind of some Americans. To them there are only two kinds of black men – good niggahs and bad niggahs.

There are plenty of stories that Oprah could be telling that would help her female base. She could go after Big Pharma for the problems with silicon breast implants. She could be doing stories about the cancer causing chemicals found in hair dye.

We’re not asking Oprah to lie for us. We’re not asking her to cut us some slack. We’re asking her to STFU and keep our names out of her mouth. Her girlfriend, Gayle has to cover the mean old dangerous black thug on the morning news every day. Let her handle it. At least she covers current events. Oprah keeps digging up old stuff that has already been litigated, charged or dismissed. Why go after Michael Jackson when he’s not even able to defend himself anymore.

Nobody needs to see a slanted hour long documentary, with sound, music and pictures, complete with one sided facts and narrative to remind us our position in American society.